Western Storm wicket keeper Rachel Priest and teammate Sophie Luff spent the day working with girls from ages 9-16 in a series of training sessions. They brought with them their impressive Kia Super League Trophy which all pupils got a chance to see up close. 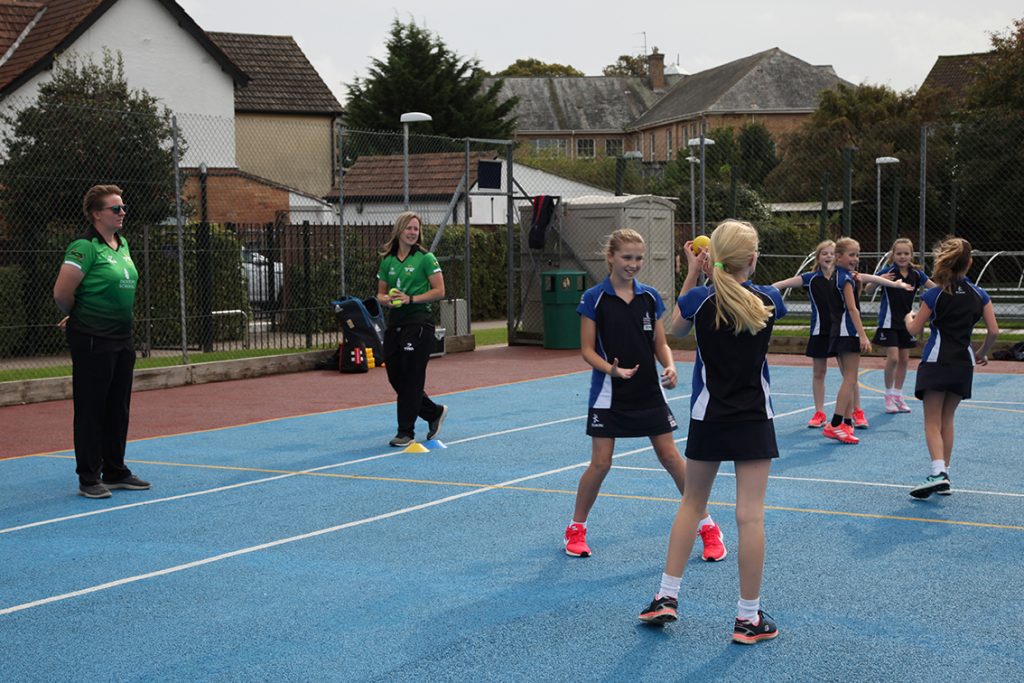 The Kia Super League (KSL) Finals Day was aired live on Sky Sports on 1st September, and watched by millions in a tense and exciting atmosphere before Western Storm triumphed to victory.

Sophie Luff, who is from Somerset and batted for the win in the final commented: “It’s so fantastic to see girls having the opportunity to play cricket and train at their school. To have a direct link with Taunton School as sponsors of Western Storm has been great and we are delighted to be working with young players and hopefully inspiring them to aim high.”

Rachel Priest, Western Storm centurion commented on winning the Kia Super League: “Last year we made the final and lost out to Southern Vipers. Our first game this year was against the same team and we lost again. It did set us back a bit, we had a few wobbles to start. To go on to beat the Vipers, on TV, in front of a brilliant crowd was really special. It was a big team effort, and I was really nervous watching Sophie (Luff) and Stafanie (Taylor) at the end but it was a fantastic to have a convincing finish.”

Taunton School, who is the key sponsor of Western Storm, established a partnership to inspire young people in the sport, especially girls, as women’s cricket grows in popularity.

The Royal Masonic Schools gets tuneful for charity

How to Coach your Child through Exam Season

MP invites Students to travel aboard the High...

Portland Place Pupils Selected as the Face of...