Wellington School staff, pupils and Old Boys were delighted to welcome the internationally acclaimed writer and presenter Simon Singh to deliver an annual lecture. The Tom Passmore Memorial Mathematics Lecture is a long-standing tradition at Wellington School and this year was the 25th lecture to be delivered to a packed audience. The Memorial lecture was set up by the parents of Old Wellingtonian and keen mathematician, Tom Passmore, who died tragically in a flying accident.

This event attracts many pupils and staff and is always delivered by notable mathematicians. This year was no exception, as the packed audience was captivated by Simon’s accessible attitude to maths. We heard with interest about the Bible Codes – prophecies encrypted in Hebrew manuscripts, before hearing about Fermat’s Last Theorem and the excitement when mathematician Andrew Wiles finally found the proof in 1994. We heard how Simon had queried the scientific validity of some of the lyrics in the Katie Melua song “Nine Million Bicycles”, re-wrote them and the song was then re-recorded by Katie with Simon’s lyrics.

The majority of the lecture focused on Simon’s most recent book, The Simpsons and Their Mathematical Secrets, which is based on the premise that “many of the writers of The Simpsons are deeply in love with numbers, and their ultimate desire is to drip-feed morsels of mathematics into the subconscious minds of viewers.” Simon entertained the audience with mathematical references used throughout the show. 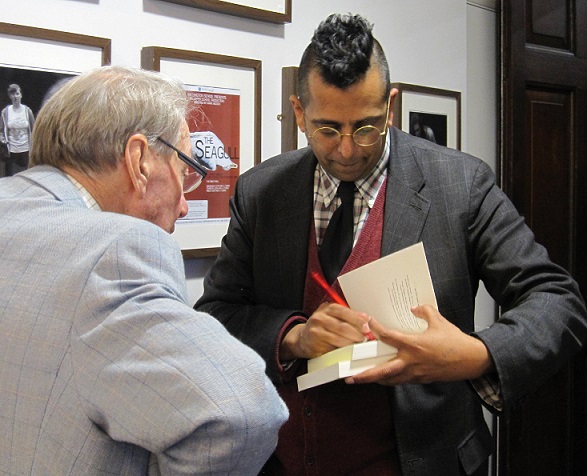 “We were delighted to welcome Simon back to Wellington School and hear such an entertaining lecture,” commented Head of Maths, Peter Buckingham. “Simon met up with some of his old Maths teachers, and donated copies of his books to be sold for Comic Relief. The lecture was fascinating and gave us a superb insight into some more obscure elements of mathematics that are all around us. Rather than just explaining the mathematical concepts in the context of how they relate to the relevant episodes of The Simpsons, Simon uses them as a starting point for lively discussions of mathematical topics, anecdotes and history.”

Simon signed copies of his books and met many pupils who were intrigued by the content of his lecture and the diverse nature of the subjects he covered.

Biology Teacher of the Year Finalist

Trent College students have been inspired by a...