Two talented fashion designers from The Marist School have been announced as finalists in the Young Fashion Designer UK competition.

GCSE student Iona and A-level student Justine will be exhibiting their work at the South Centre Finals on Saturday 1 July, held at Kent College, Pembury. 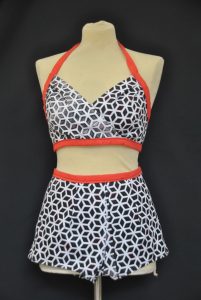 Families and friends will then get an opportunity to view the work of all the finalists before the overall winning designs are announced.

Following the announcement, Mrs Sheena Bowley, Head of Textiles at The Marist said: “This is a fantastic achievement for both Iona and Justine to be announced as finalists for the Young Fashion Designer UK – a first for The Marist to have two finalists in this national competition! Receiving this recognition helps demonstrate the high quality of design work produced by our senior students at The Marist and we 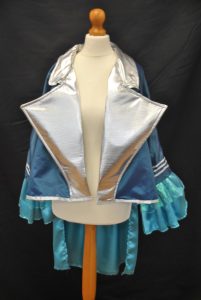 wish them all the best for the upcoming South Centre Finals in July.”

The Young Fashion Designer UK (YFD UK) competition was established in 2010. The need was recognised for GCSE, BTEC and A-level Fashion and Textiles students to have their work recognised and judged by industry professionals in an annual national competition.

Ampleforth College on the Importance of a Work/Life Balance

Kent College Pembury gets ‘Fit for Life’ with...

Sushi lunch for students of Japanese at St...

Merchiston Tennis Academy continues to impress in the...

No space? No problem