The Sky is the Limit for Pupils at Embley

Pupils at Embley in Romsey, Hampshire, had a special visitor on Friday 28 January in the form of a Scout helicopter from the Historic Army Flight Trust. The helicopter, along with its crew and other engineers from the Trust, visited the school to lead a series of workshops as part of the school’s career programme.

After delighting pupils at the Senior School and Sixth Form with tours of the helicopter and talks from the experts, which explored the wide range of career routes and opportunities in aviation and engineering, the helicopter took off again to Embley Prep School, where it was greeted by the younger pupils and Nursery children.

HAAF helps to preserve Historic Army Aviation aircraft as a ‘living museum’ for veterans and by maintaining one example of each aircraft operated since the Army Air Corps inception in 1957. 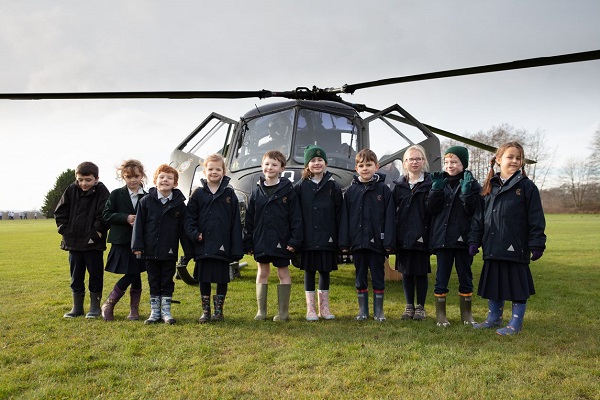 The Historic Army Aircraft Flight (HAAF) Trust also links to Embley’s Combined Cadet Force (CCF) which is being launched this year and will provide pupils with an enormous range of opportunities to develop personal responsibility, leadership skills and self-discipline. It will be administered by the Ministry of Defence and Embley staff. Cadets can join in Years 9 to 12.

Ellie, a Year 10 pupil and member of the Embley CCF, said: “I’ve always been interested in a career in the Military, and the visit gave me the opportunity to see an Army helicopter up close. I was so inspired by the female ex-Army pilot who spoke about her career. It has solidified the fact that I want to work with Apache helicopters.

“Embley has really encouraged me to look at all opportunities in life. It is great to be a student at a school where such rewarding experiences available for us to constantly learn from.”

The Living Project: Wild Adventures to Inspire Life for Students