A dedicated fundraiser at Rydal Penrhos spoke about his dawn-till-dusk challenge for BBC Children in Need on a national radio show. Charley Simpson, a year 7 pupil, completed a special ten-hour Dream Round challenge, which saw him play the best hole at 18 different golf courses along the North Wales coast. 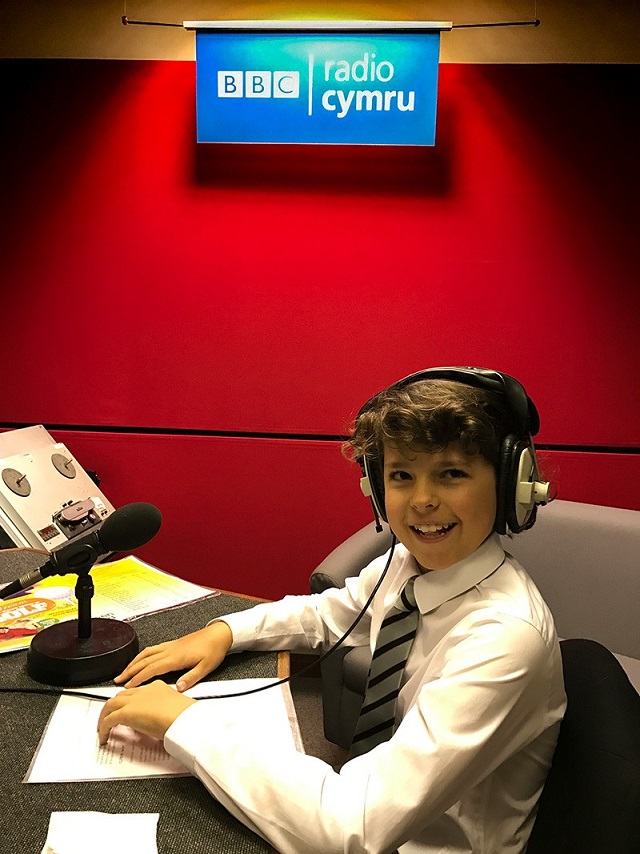 The 11-year-old sports scholar, who has raised a total of £1,278 from the challenge, appeared on BBC Radio Wales’ live afternoon radio programme with presenters Eleri Sion and Owen Money on Friday, November 18.

Speaking from the BBC studios in Bangor, Charley spoke about the challenge, his golf scholarship at Rydal Penrhos and his ambitions to become a professional golfer in the future. He also spoke about the large number of fundraising activities he has done for the charity since the age of five, which have raised more than £11,000 to date.

Father Paul Simpson, said: “Charley was a little nervous at first but he ended up having a great time and really enjoyed the experience.”

Acting head Roger McDuff, added: “This was a great effort from Charley and he gave a fantastic interview on his dream round golf challenge.

“His fundraising efforts for someone so young have been nothing short of extraordinary, and we are very proud to call him a member of the Rydal Penrhos community.”

Anyone wishing to hear the interview in full should visit this link (53 minutes in): http://www.bbc.co.uk/programmes/b08495fw

Padworth College holds the keys to Securing a Bright Future

STEM Course opens up a world of Opportunity...

Covid-19: What I have Learnt

Back to School Uniform