A 14-year-old student from LVS Ascot is celebrating after winning the prestigious Rotary Club of Ascot Young Chef Competition against tough opposition from four other local schools.

LVS Ascot hosted the event and welcomed competitors from Garth Hill College and Brakenhale Academy in Bracknell and St Mary’s and Charters in Ascot, which meant Alfie, who boards at the day and residential all-ability school, did not have to travel far to show off his considerable skills. 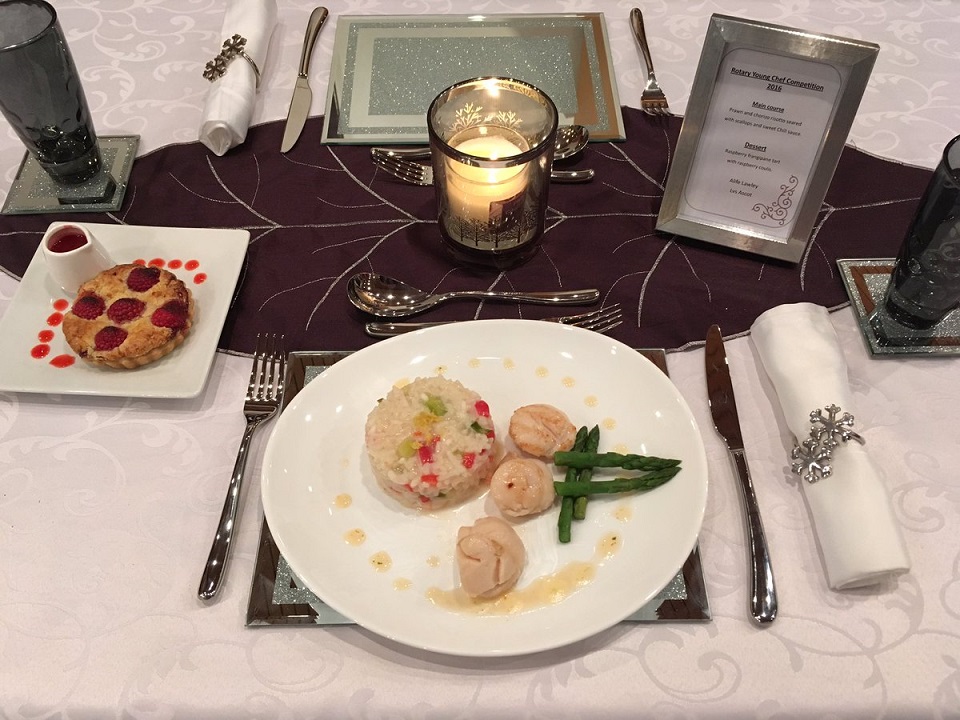 It was the 10th year that Ascot Rotary have run the competition, which challenges students to plan, prepare and cook a two course meal for two people within 90 minutes for under £11. Alfie, who has shown his desire to improve his culinary skills by practicing cooking at school on weekends in preparation for the event, cooked prawn and chorizo risotto served with scallops and sweet chilli sauce , followed by raspberry frangipane tart with raspberry coulis.

Alfie was presented with the trophy by Ascot Rotary Club President Andrew Valance. LVS Ascot Food Technology teacher Melanie Holloway said: “We are delighted that Alfie won this prestigious competition which was well contested by very talented young people. As a boarder, he has been in practicing with his teachers at weekends to ensure he was ready to show his skills, which demonstrates both the commitment of students here to exceed their expectations but also the support of staff to help students flourish”.

Angela Crambac from the Ascot Rotary said: “We are very grateful to LVS Ascot for hosting this competition. The kitchens are very well planned and equipped to provide perfect working conditions in which Alfie excelled. It was evident that Alfie’s winning dishes showed that he used his scientific and nutritional knowledge to help him demonstrate his practical skills in a competitive situation”.

You can view an interview with Alfie in which he talks about his interest in cooking and his preparations for the event here. Alfie now progresses to the next regional round which takes place on 4th February 2017.