Mark Hart, Chief Operating Officer at King’s Ely, and Claire Kyndt, Director of Learning Development and teacher of Geography at King’s Ely Senior, were among the 40,000 runners who took on the gruelling 26.2 mile race in the capital on Sunday, April 23rd. 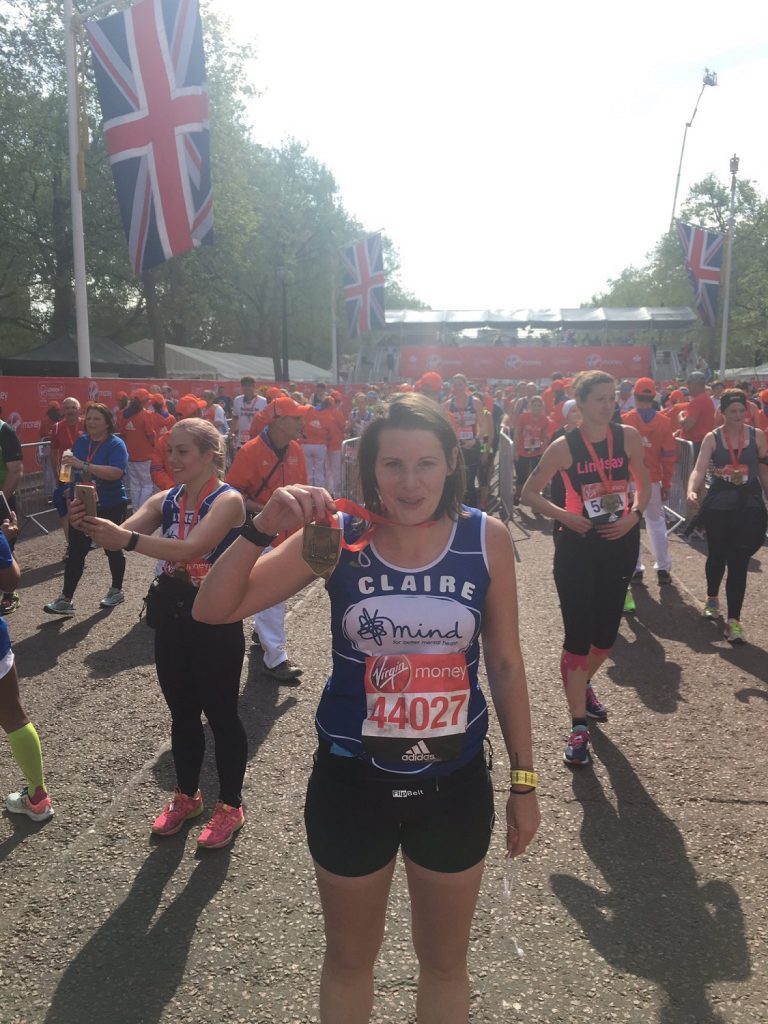 Claire, who lives in Ely, took part in aid of MIND (the mental health charity), which is King’s Ely’s Torfrida House’s charity this year. It was Claire’s first marathon and by successfully crossing the finish line, she has raised more than £2,400 for her chosen charity.

Claire commented: “What a day! They say the strongest muscle is the mind and it was certainly pushed to the extreme at some points on Sunday. The comradery and spirit of the other runners was humbling and the support from the spectators, my family and friends was amazing. I feel extremely lucky to have been part of this amazing event and so proud to represent MIND, who do so much to support people with mental health worries and encourage those to talk about their experiences free of fear and judgement.”

Mark and his daughter Ellie, 21, took part in memory of Daniel Finn, Mark’s nephew and Ellie’s cousin, who died following a devastating asthma attack in February 2006, aged just nine. Mark and Ellie, who live in Bar Hill, near Cambridge, hope to have raised at least £3,700 for Asthma UK, the leading asthma charity for the one in eleven people living with asthma in the UK.

Mark commented: “The atmosphere on the day was fantastic and the support from the spectators, and in particular our friends and family, was overwhelming. I felt incredibly proud to run with Ellie in her first ever marathon – she was amazing. Asthma is a cause close to our hearts and we feel proud to have run in memory of Danny once again, and to be making a difference to people living with the condition in the UK.”

Mark and his family have raised over £33,000 for Asthma UK by taking part in the London Marathon over the last 13 years.