A group of schools has teamed up as ‘Lead Ambassadors’, including Wellesley House, Harrow, Wellington College, Uppingham and The King’s School, Canterbury, to help coordinate a new collaborative venture for all schools nationwide. It is called ‘Hungry for History’. The venture aims to instil a love of history in children of all ages, bring history alive and make it an adventure for children by encouraging them to help mastermind the plan through in-house school committees. 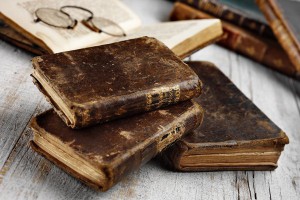 The campaign takes its inspiration from major commemorations fast approaching, including ‘The Great War’ (1914-2014) and ‘The Battle of Waterloo’ (1815-2015). On the eve of a unique time of commemoration and reflection, now seems a particularly poignant moment for ‘Hungry for History’ to engage with young people and encourage a renewed appetite for the subject, which has been lacking in recent years.
The vision for ‘Hungry for History’ is to encourage schools to share commemorative ideas, share commemorative events and forge links with one another, primarily via its website www.hungryforhistory.info, It is hoped that this will help bring together both teachers and children who are passionate about the subject.
‘Hungry for History’ is hosting a launch drinks reception in the presence of H.R.H The Duke of Gloucester KG GCVO at the East India Club, St. James’s Square, London, on 27 November 2013, alongside the launch of its website www.hungryforhistory.info.
The ‘Hungry for History’ venture was initially borne out of a project to archive the history of Wellesley House School, in Kent. Simon O’Malley, Headmaster, explains: “Unearthing and archiving the history of our school has inspired us to develop ‘Hungry for History’. What is so marvellous for us in Kent is the extraordinary wealth of history here. That is why we felt we had the geographical provenance to spearhead this national campaign. We want children to learn about their local history and take pride in it.”
Simon O’Malley went on to explain: “Many initial ideas are outlined on the website but we want this campaign to grow and develop in the direction that children and schools want to take it. We want children to open their eyes and develop a hunger for history. Through curiosity, discussion, outdoor classrooms, linking up with other schools and participation in commemorations, we can help foster and suffuse a love of history’s rich stories.”
In 2014, one initial focus of ‘Hungry for History’ will be the launch of a national timeline competition that will seek to challenge children from across the UK to help determine ‘100 Defining Moments’ in European history of the last 200 years from 1815 – 2015.
A distinguished judging panel will decide which ‘100 Moments’ will be included in an official commemorative timeline which will be launched in 2015 in conjunction with the bi-centenary anniversary of ‘The Battle of Waterloo’ currently being organised by Waterloo 200. Each of the ‘100 Moments’ will be published every day over the commemorative period of Napoleon’s 100 days (from March to June 2015) culminating in the ‘The Battle of Waterloo’ National Commemorations in June 2015.
The campaign is being supported by Waterloo 200, The Commonwealth War Graves Commission, and ‘What on Earth’ Publishing.

Innovative ‘Into the woods’ theme for Oakwood School...