Hallfield Children to Perform at Birmingham’s The Crescent Theatre

Students from Hallfield School in Edgbaston are to perform at The Crescent Theatre in Birmingham over the Christmas break. The eight children, aged between eight and 12, will be performing in Wind in the Willows at the theatre from Tuesday 19 December to Friday 22 December. 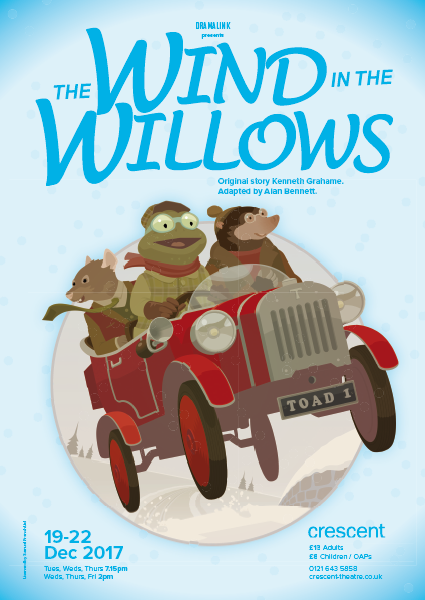 Former Hallfieldian Tobias Ishaque – who is now at King Edwards School in Birmingham – stars as Toad. He is ably supported by current Hallfield pupils Meher Gazi in year 5, Laila Mahate in year 6, Thalia Pigadas in year 6 and Sophia Ishaque in year 4 as well as recent leavers Zachary Mukwamba, Lamees Mahate and Harrison Osborne.

The production will be produced by DramaLink Theatre Company, a project which links young people through drama.

Liz Piddock, Creator and Artistic Director of DramaLink, said: “We are grateful to have the support of Hallfield School not only for the provision of rehearsal space, but also for providing such talented children to be prominent members of the cast.

“Children from across Birmingham are joining together in this outreach community project. The theatre company makes no charge to it’s actors and thus provides actor training and wonderful theatre experience to everyone involved.”

Get a Head Start on UCAS Applications