Russell Slatford, Headmaster of Bournemouth Collegiate School, shares his thoughts on the debate between GCSEs and how they stand up to IGCSEs… 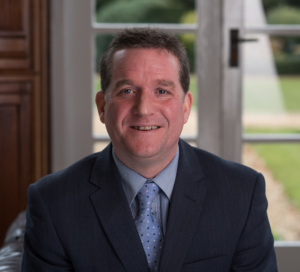 Normally the Christmas period is a quiet time for those of us in education: the final assembly – awash with Christmas jumpers – has been and gone and normally it is not a time for the airwaves to be inundated with education chatter. Not so this year following a publication based on the analysis about the GCSE v IGCSE debate from the Right Honourable Lucy Powell MP’s office. This led to headlines from national newspapers including ‘Private schools cheating GCSE system to boost results.’

IGCSE have long since been adopted into the curriculum of the independent sector, initially because they lacked the coursework element that ‘old’ GCSEs had and were therefore seen as more rigorous at the time. However, state schools are not able to choose these qualifications. As a geography teacher myself, coursework and controlled assessments have long been viewed as cumbersome and time-consuming, few would argue that they take an inordinate amount of time, particularly from the teacher, for little gain in the final examination mark, perhaps as little as 20 percent. As such, many independent schools chose to move away from that style of teaching and assessment, this has been the case for well over 10 years. The terminal examinations of IGCSE are generally longer and some of the questioning perhaps more complex, it was certainly considered a ‘harder qualification’ in the early years of its inclusion into curriculum of many schools. IGCSEs are recognised by all tertiary institution, employers and universities, but oddly not by the DfE since 2014.

The latest debate though is more about how academically hard the new GCSEs have become following a review of these qualifications and therefore how they stand up to the IGCSEs, which are now viewed by some as being easier. The problem is that there is little or no evidence for this.

Let’s not forget every subject is different and for every subject there are many GCSE boards for schools to choose from, each offering a different approach to similar content, each marked and assessed in a slightly different way. It has long been the view of those in education that it has been the competition between examination boards that has driven standards down. In other words, a race to the bottom with examination boards vying for the highest percentage of pass marks and largest number of top grades. So, the recent review has made the examinations ‘harder’. There is little doubt that many pupils in the last few years have found the increased content more difficult to master, but grade boundaries have rightly been adjusted downwards to compensate. The evidence therefore supports a very similar GCSE grade profile nationally as we have transitioned from the old to the new qualifications.

So, we find ourselves at somewhat of an impasse of views, with those broadly in state education believing that with the harder GCSE their pupils are at an unfair disadvantage to pupils in the independent sector whose teachers are able to choose IGCSEs. Evidence recently published by FFT Education Datalab states that those taking IGCSEs are at an unfair advantage. However, there are noticeable concerns about how they have compared data, as a start there are over 500,000 results from state schools for English language compared with under 20,000 from the independent sector. Furthermore, we have no way to judge of those 20,000 how many of the results are from selective schools, clearly this would make a significant difference to performance. Nonetheless, it seems they have tried to compensate for this in their calculations. They concluded that ‘at the top end of the distribution, perhaps IGCSEs are indeed not graded quite as severely as reformed GCSEs’, and adding, ‘the same effect was not evident looking at A*-C grades’. This is hardly convincing evidence to support such strong headlines in the press.

One tweet particularly caught my eye over the festive period from Mike Buchanan who is the Executive Director of HMC, he rightly commented in my opinion that ‘if only all headteachers could make similar choices (of examination boards) based on professional experience and knowledge’. I have certainly always taken the view that if we genuinely value the individual pupil, we cannot have an education system where one size fits all, therefore the greater variety of pedagogy, non-examined and examined assessment the better. So, it can only be helpful to allow teachers and schools to choose what approach they think best suits the strengths and interests of their pupils. After all, the outcome for our pupils will be very different as they head into further education or a widespread variety of careers and opportunities. Having data that allows us to make shallow and misplaced sweeping statements has always been harmful to how we educate our children. It also adds a growing burden to how young people compare themselves to others, but the issues of mental health, although extremely important and certainly tied up in this debate, are for another day.

So, let’s stop finger pointing and consider what is best for the pupils in all our schools, if we value a broad and varied approach to education then IGCSEs have a place in any school that considers them of value to their children. Surely the attention of those who feel that IGCSEs are giving some an unfair advantage should be towards the government and not the independent sector. My advice would be to point your finger in that direction to facilitate a change that will provide greater educational opportunity and variety for the pupils in your schools.

Nottingham Pupil to Compete for Country

Buckswood ‘Ladettes to Ladies’ prepare for next Open...