An aspiring young Taekwondo Olympian, who attends The Elms Junior School in Long Eaton, got one step closer to fulfilling his dream after being invited to train at the home of GB Taekwondo in Manchester.

Karan Landa, age eight, was invited to train with a mixed ITF and WTF Taekwondo squad at the National Taekwondo Centre, as they prepared for the ITF Open World Championships that took place in the Netherlands last week.

The Nottingham lad, who started Taekwondo on his fifth birthday to follow in the footsteps of his black belt father, brothers and uncles, is currently the GTI (Global Taekwondo International) English Boys Black Belt Lightweight Champion and North West Open Champion and represents the GTI at national competitions. 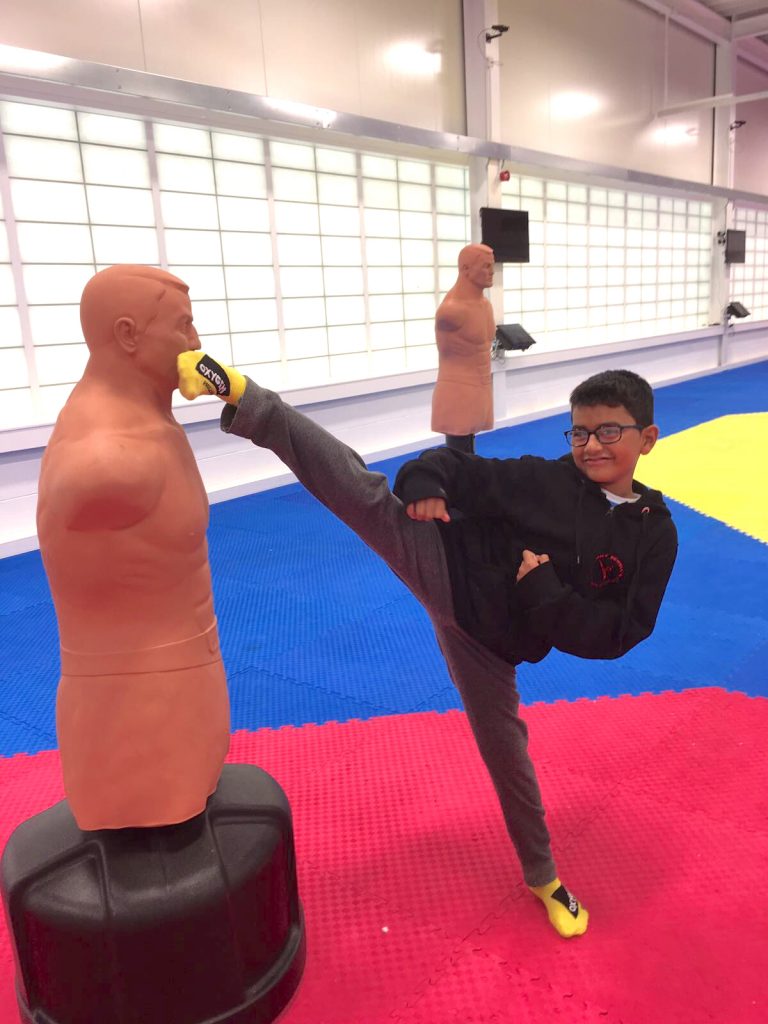 Karan’s brother, Dr Amarjit Landa, said: “Karan showed great maturity and fighter’s intelligence to train and spar against the adult squad members. He was the only child to be invited to the training session and was proud and honoured by that.

“This was the first time he had visited the academy and it was an opportunity he could not miss. The training was physically demanding but a great experience. It has given him the drive to stay focused, as his ambition is to become a GB Olympian.”

Karan trains up to five times a week in Nottingham and Derby under the tutelage of three-time time World Champion, Master Tony Sewell 7th Dan. He has been awarded Student of the Year two years running at his Martial Arts Academy. In April he achieved his 1st Degree Black Belt and is the club’s youngest serving black belt.

This summer Karan also provided a demonstration to the Manchester Metropolitan University Taekwondo squad with Master Sewell. From this he was invited to train with the mixed ITF and WTF Taekwondo squad ahead of the Worlds, taking part in a two-hour session that included fitness and conditioning, ring craft, kicking techniques and continuous sparring.

Dr Landa continued: “Taekwondo has its competitive element but it is first and foremost a martial art. The ethos at The Elms plays hand-in-hand with the pillars of Taekwondo teaching: courtesy, integrity, perseverance, self-control and indomitable spirit.

“Karan respects this philosophy inside and outside of the classroom and we are grateful for the support the school has provided so far in Karan pursuing his dream.”

Mr Keith Morrow, Headmaster at The Elms Junior School and Nursery, added: “It is wonderful to see a young man with such a positive focus on what he wants to achieve. We will watch Karan’s progress with great interest and admiration.”