Will Gompertz, Arts Editor at the BBC, and former Abingdon School Headmaster Eric Anderson and his wife Poppy and daughter Kate, were the guests of honour at the official opening of Abingdon School’s Beech Court, which houses the new sixth form centre, library and art department.

Will gave a very entertaining talk to the assembled boys, staff and friends, highlighting the importance of thinking like an artist. 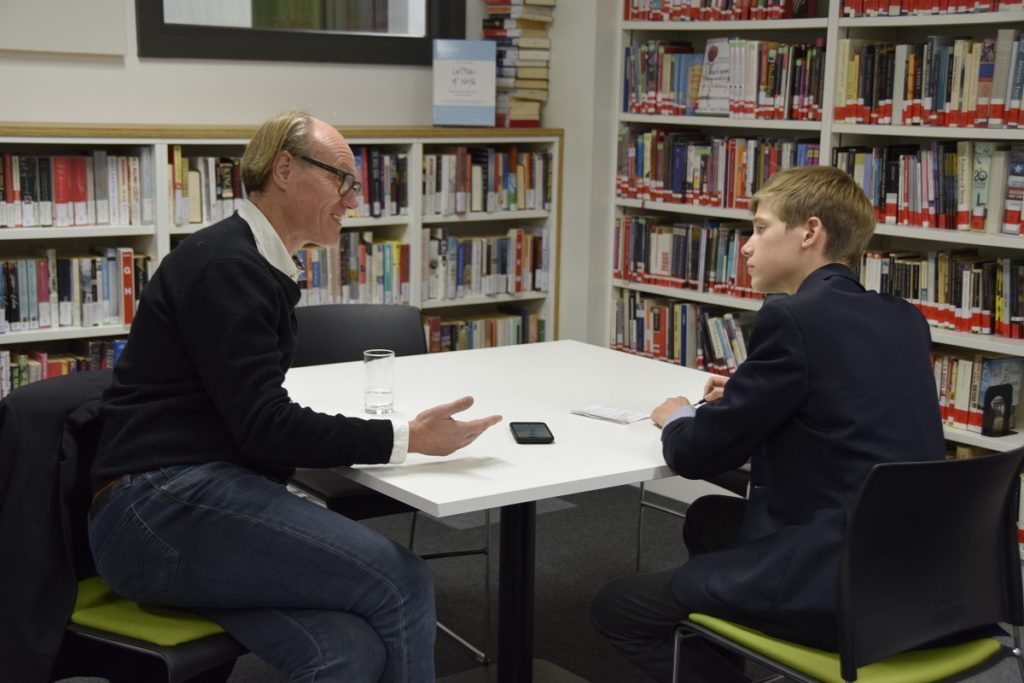 Speaking about the new facility he said: “Beech Court is a wonderful and important addition to Abingdon’s academic landscape, offering first-class spaces for art, the sixth form, and contemplation: a jewel to be enjoyed and shared with students from schools across the town.”

The impressive new facility was lit up in Abingdon pink with two giant griffens illuminating the walls.

King’s Ely Pupils through to Finals of Parliamentary Debate Competition

How Parents can Enhance Remote Learning