A kayaker has paddled her way to the top as she continues to attract national attention. Barnard Castle School student Carys Grey-Thompson has been promoted to the Premier Division after a flood of successes in Division 1.

Her latest success competing for England at the Pan-Celtic Cup saw her win her age group and finished 19th in the race overall, ending the season a top Division 1 paddler. 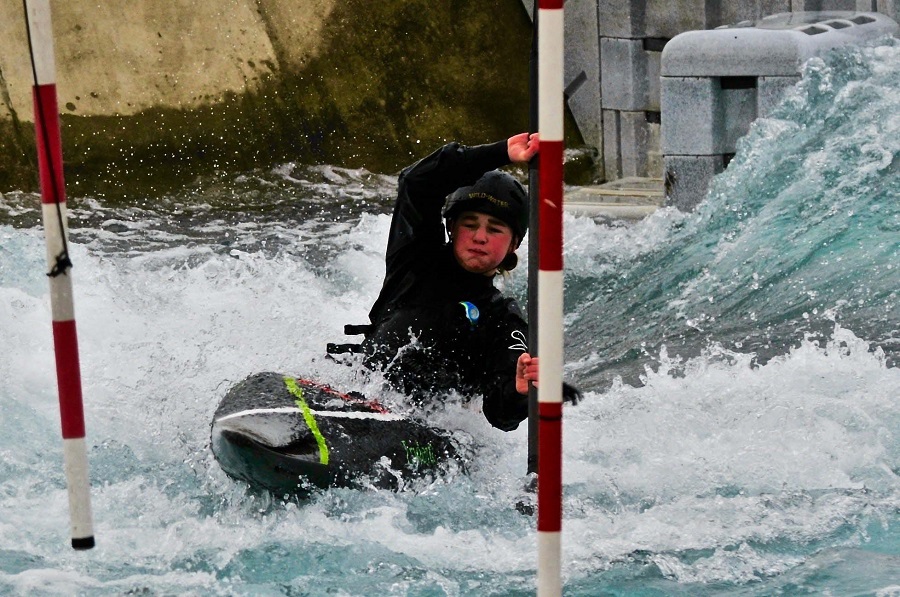 The 14-year-old, of Eaglescliffe, has also been part of the English Talent Programme Northern Super Regional Squad. She has been competing for the past four years, is a member of Tees Tigers, a club based at Tees Barrage, Stockton, and is part of the Tees Active Sports Academy.

Fast becoming one of the top performing white water experts, she has honed her skills at a host of competitions around the country achieving more than 4750 points in the season.

Supported by her mother, Paralympian Baroness Tanni Grey-Thompson, she has already tackled the rigorous kayak course built for the London Olympics.

“I love it and train most days of the week after school,” the year 10 student said. “Kayaking is about finding the balance between speed, strength and technique. I love the technical side of it in particular.”

Headmaster Alan Stevens said: “Carys has done incredibly well and the whole school is delighted that she is competing with the very best in the country and coming out on top. She has developed a real passion for the sport and this level of motivation spills over into her studies.”

Nottingham Pupil to Compete for Country