Farnborough Hill was delighted to welcome back sporting heroine and Old Girl, Alex Danson, to open the new astro pitch named in her honour. Alex is a long-standing and much honoured member of the Team GB hockey squad.

There was a real air of excitement and anticipation as the whole school, together with governors and parents, assembled on the new hockey pitch. The ceremony began with a blessing conducted by Rev Fr. Tony Sultana, the school’s parish priest, after which Alex officially opened the pitch by cutting the ribbons. She then took to the pitch to take part in an exhibition penalty shoot-out by Alex followed by a staff versus students match.

Given her status as a top hockey player, it was an obvious decision to name the pitch after Alex. She was still at school in 2001 when she made her international debut in the GB women’s hockey squad and was runner up for the BBC Young Sports Personality of the Year. Since leaving the Sixth Form in 2003 she won a bronze medal in the 2012 London Olympics and a gold medal and player of the tournament at the 2015 EuroHockey Nations Championships.

Alex was delighted to have the pitch named after her, she said: “It’s been absolutely incredible to come back here today and I’ve had a wonderful time. This pitch was part of my dream when I was here – the girls can now create their dream on an astro like this. Without my start here at Farnborough Hill I wouldn’t have been so successful. I owe it all to my school.” 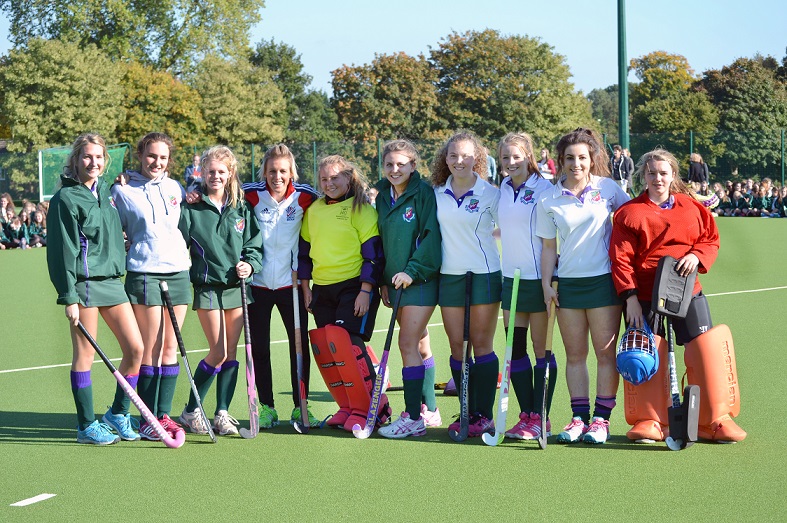