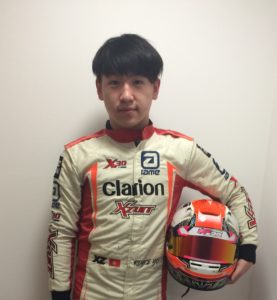 The A-level student who studies business, chemistry and economics at the city centre-based college, began racing at the age of 13 and currently competes in the X30 Senior Class of the IAME (Italian American Motor Engineering) South East Asian Championship which comprises of six exhilarating races each year.

His latest accolades come from the China Karting Championship where talented Royce picked up a trio of trophies for his outstanding efforts.

Royce’s success in China follows hot on the heels of his victory at the Asia Open Karting Championship in Macau where he received a trophy, and his participation in a one-off IAME International Final 2018 at Le Mans.

The motorsport enthusiast has been selected as only one of two people to be sponsored by the Hong Kong government for karting. Continuing to showcase his skills, Royce has been chosen to test the karts for Formula Renault and will also take to the track as the driver in the Greenpower Electric Car – a project which the college is competing in.

Royce commented: “I have worked so hard over the last few years at developing my racing skills, it is worth it though as being behind the wheel is the most amazing adrenaline rush ever. Knowing that split-second decisions can make the difference during races is both exciting and terrifying.

“Racing has really helped me in terms of concentration and focus. I have to speak to my team before a race starts to ensure that everything is prepared and once it finishes to analyse how everything went. This has developed my communication and teamwork skills and increased my confidence levels.”

Liz Elam, Principal at Abbey College Manchester commented: “We are immensely proud of Royce, his hard work and determination is highly-evident in his successes both on and off the track. Royce’s key personal skills have been enhanced through his training which are also transferable to his studies. We look forward to hearing of Royce’s further achievements and seeing how he develops his transferable personal skills.”

Noteworthy Performances to end the Bromsgrove 2018

Countryfile investigates the history of the Malvern Pudding...

Plan your Next School Trip with Rayburn Tours